Before I get into this, there are three different parks I’ll be talking about: Sequoia National Forest, King’s Canyon National Park, and Sequoia National Park. You should know the locations, differences, and general info about the three. Also, I realize it’s not super local to Las Vegas. It’s a good 7 hours or more just to get to the start of the two parks, and then possibly a whole other day to ride through it and enjoy it. I suggest this be a 3-day trip, though I didn’t ride part of the route through Sequoia National Forest that I’ll describe later, I only went through Sequoia and King’s Canyon National Parks (referred to as SeKi together). I’ll describe both farther down. Regardless, I highly recommend making the trip, it’s super worth it. The United States’ National Park system is one of the US’s greatest achievements, and this park is a fantastic example of that.

Ride Description: This is probably the most impressive route I’ve been on. Most of the distance from Vegas is like riding through hell, it’s just hot and flat and desert. It’s going to be miserable. But the payoff is worth it, trust me. The multi-day trip I’ll post below does break up the desert a bit, and adds some time and distance going through Sequoia National Forest. I haven’t taken that route, but it looks like some great riding! Regardless of how you get there, these two national parks are incredible. You drive up a mountain, hitting a ton of switchbacks on a slow, winding road that’s right on the edge of the mountain. You get some incredible views as you go higher overlooking the Foothills and Fresno area. Once you hit the top of the mountain, if you’ve never seen sequoia trees before, you’re going to be blown away by their size. You can read how big they are, you can hear stories of people telling you how big they are, but it’s totally different to see them in front of you. It’s totally different to be standing at the base of a tree that’s as wide as a car is long and so high that you cannot see the top. Coming from Vegas, the landscape is completely different, with the true greens of a forest rather than the browns of a desert, and it’s a great change.

Riding Tips: Short story here is that a mistake has a roughly 50% chance of you dying, just based on what I can see. On a lot of sections of the road, there is about a 3-foot wide dirt shoulder, and then very steep drops down the mountain. Where there are guardrails, they are there because the other side is basically straight down for 50ft+. This is not the place to ride near your limit. Seriously, do not go here if you cannot keep your right hand under control. It’s a place to cruise through and take it easy. Pay attention to the speed signs for turns; they’re not like most places where you can easily ignore those, you need  be going the speed the sign says. On the way up the mountain on the Sequoia side, there are a bunch of 10mph corners that really mean 10mph, or less. People love to be in the opposite lane in that area too, so be careful and ride towards the outside of the lane. There are a bunch of Rangers in these parks too, so just watch for them, generally around the campsite areas. Also watch for animals around dusk/dawn, and chipmunks/squirrels will be running across the roads all day.

Recommendations: This place is popular and fills up quick. If you’re entering the parks from the south, Sequoia side, I highly suggest you enter the park as early as you can, definitely before 0800. When I left the park on a Friday around 1100 there was about a half-mile long wait to get into the park. You don’t want to get stuck behind those people. I’d suggest going as early as you can, because when it’s full up there it can be frustrating. You won’t be able to ride here in the winter, it snows a lot up in the mountains. I went there for 4th of July and the temps up top were in the 70s Fahrenheit for the highs and in the 40s for the lows, it was perfect.

The Route: Just talking about the SeKi route, you start down in the foothills area on the south end of the parks. When I went there, I actually came through King’s Canyon on the north side, but I would recommend entering the parks through Sequoia on the south side, the way the Google Maps route is. The road is full of switchbacks, and it’s much more comfortable to come up them rather than braking down the whole mountain. It’s more fun that way anyway! If there were no cars (which there will be, unfortunately) it would almost be like a mini Pikes Peak. You’ll hit these switchbacks shortly after entering the park (which can be backed up pretty far, so go early!). As you go up the mountain there are a few overlook spots that make for some good photos. You’ll get up to the Giant Forest Museum, which is ok, it’s free and there are some interesting facts inside. Keep going down the road for a bit, and you’re going to come to the General Sherman Tree. This is the largest tree on Earth, by volume. It’s a roughly half-mile walk down into a valley, and totally worth it. If you’re up for a longer hike, Congress Trail is down in there, which is a great hike. Of course, wearing moto gear this probably won’t be in the cards, but even the area around the General Sherman Tree is awesome. Continuing on down highway 198, you’re going to hit a couple campground areas. 198 isn’t a super smooth road, I’m sure the snow and ice and probably plowing and salt has taken its toll, so keep an eye out for big potholes. In some sections you’ll be on the edge of the mountain, and some sections will feel like miles inside a forest. Just about halfway across the mountain, you will hit Stony Creek Lodge. Here is where you will want to stop for gas. Fill up, grab a quick drink, and continue on down the road until you hit highway 180.

You’re now in King’s Canyon National Park. Turn right on 180, and a few minutes down the road you’ll come to the King’s Canyon visitor’s center. It’s a nice little place, there’s a restaurant, gift shop, Ranger info center, and a little store. About 1/2 mile or so past that you’ll want to turn left to go down to the General Grant Tree. It’s a shorter walk than the General Sherman Tree walk, and it’s also worth it. This is another massive tree, the third-largest in the world. Word’s can’t explain how big it is. Take a minute to enjoy this tree, then turn around and continue on the way you were going down 180. Now you’re heading down into King’s Canyon, which is really nice. There’s going to be some real twisty roads as you descend the mountain, and be careful because people don’t always stay in their lanes. Once you get down into the valley, you’re going to be following the river the whole time, the road is right along it. There are a couple waterfalls you can stop at; Grizzly Falls is nice and also close to the road, and the Roaring River Falls isn’t a far walk either (though I didn’t stop at this one). There are a few campgrounds down here too (if you want camping tips, that’s a whole other post, just let me know. I camped in King’s Canyon for a few nights). You’re going to hit Copper Creek Trailhead, where the road turns around. Come back up the way you came down, it’s the only way. Once you get up the mountain, you’ll pass the King’s Canyon Visitor’s Center again, and then keep heading down 180 past 198. This section is beautiful too, you’ll be hugging the edge of the mountain as you descend back down. You’re going to continue on 180 until you get down to where civilization is again, and you’ll have a Valero on your right side, which is where you can grab gas.

My 3-day trip below has some more riding, but I’m not going to go over that. The route just in SeKi is probably the most awesome day of riding I’ve been on, just incredibly scenic and some great riding. Make sure you stop and take it all in, enjoy the ride and don’t just rip through there. You’ll want to remember this one.

Here’s the link to the route: https://goo.gl/maps/d6RjPj5WKrryfCyL8

Multi-day Trip: However, if you’re traveling all the way there on a bike, what I suggest you do is make it a 3-day trip. Here’s how you do it: the first day will be getting there. There’s no getting around long, hot, straight roads for a few hours, it’s the nature of the beast. But, you can take the scenic route up through Sequoia National Forest. This adds a couple hours and a few miles, but it definitely looks worth it. I have not taken this route, so I can’t say for sure, but the internet says there is fuel in Kennedy Meadows Campground and also at Ponderosa. You might want to make sure of that before you head out. But if you can take this way, it looks way better than just taking highways the whole time, and makes for a nice, full day, ending at a Holiday Inn. Here’s the map for day 1: https://goo.gl/maps/sCRJHKMQ8iSu5NQ3A

Day 2 will be a full day up in both Sequoia and King’s Canyon National Parks, which I described above in “Ride Description”. Besides the difference in starting from the hotel, just refer to my description above. On the way back from the mountains you will take a different, curvier, more scenic route since you have a bit more time most likely. Then just crash at the same hotel for the night. Here’s what that route looks like: https://goo.gl/maps/KJ3jDZoDBDNHRXT29

Then for day 3, just hightail it back to Vegas. This will be a pretty terrible ride, you’ll be pretty beat by now and the trip back sucks anyway, so just try to stay hydrated and get through it.

I have a ton of photos, here are a few: 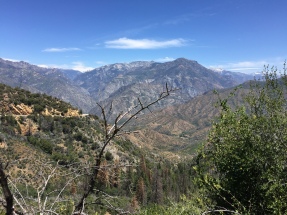 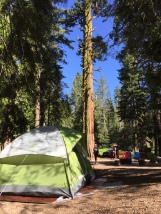 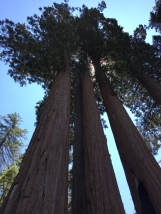 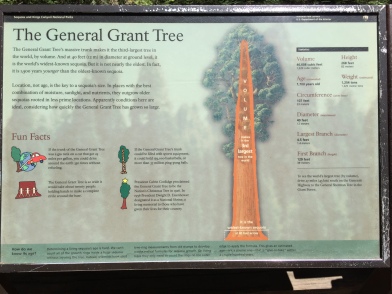 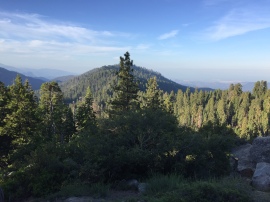 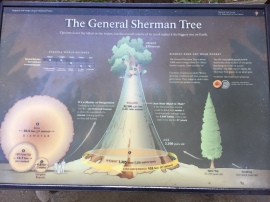 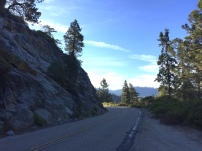 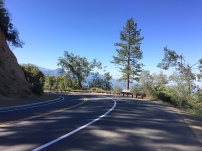 If you have any questions or comments, please let me know. Ride safe!